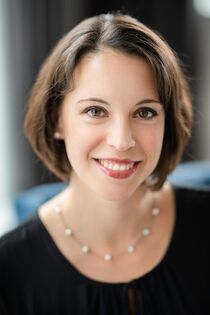 A true triple threat, Jennifer Read has been described as “amazing on stage” and “a great example of a musical theatre performer veteran at her best.” An experienced performer and educator, Jennifer has worked in every aspect of musical theatre both in the United States and Internationally: directing, choreography, set design, costume design, and of course, performing.

Beginning at the young age of three, Jennifer has dazzled audiences. It is no surprise that her first professional show, Hello Dolly, came when she was only sixteen. Jennifer was hooked, going on to perform in the 42nd Street European Tour as well as the Broadway Revival National Tour.   As her co-star Sally Hong says, “On the stage, her big smile lights up the theatre.” Jennifer’s professional performances also include The Music Man, Pippen, Anything Goes, Guys and Dolls, Singin’ in the Rain, and Cabaret, to name a few. Jennifer’s dancing also earned her the infamous role of Rockette and she performed in the Radio City Christmas Show Spectacular, as well as a Principle Dancer in Samson and Delilah in the Los Angeles Opera - starring the legendary Placido Domingo. Award-winning choreographer and actor Hector Guerrero says, “I had the honor of performing with Jen, plus the privilege of being her dance partner. She always had a great love and respect for the rehearsal process which is one of the many reasons why she was amazing on stage.” Production Stage Manager, BJ Allen, agrees. “Jen is always solid, consistent, and a great example of a musical theatre performer veteran at her best,” he says. Not only does Jennifer shine on stage, she also is experienced behind the camera, earning herself acting opportunities on General Hospital, Port Charles, and The Adventures of Rocky and Bullwinkle. IIlene Graff, of the Original Broadway Cast of Grease and Mr. Belvedere says of Jen that her “level of professionalism and commitment are very rare indeed, and that’s coming from someone who has been the beneficiary of her many talents!"
Jennifer knows what it takes to perform on stage, but she also understands what it takes to put together successful shows. Broadway Veteran Jennifer Rias Cannon (Aladdin, Rock of Ages, The Cher Show) says it best: “She’s amazing and I learned a lot from watching her professionalism. I’m so honored to call her my friend and former castmate.” As a Costume Dresser for the Theatre League of Missouri, Jennifer worked in the costume departments of the touring casts of Tommy, A Chorus Line, and Camelot. Jennifer’s choreography credits include The Wizard of Oz for the Norris Center for the Performing Arts in California, Anything Goes, and Tom Sawyer for Curtains Up Theatre in California, and a tribute to The Will Rogers Follies for Friends II - an all-star celebrity benefit in Los Angeles. She also choreographed How to Succeed in Business Without Really Trying and Gentlemen Prefer Blondes for Primetime Players of California. Broadway performer, director, and award winning choreographer, Gerry McIntyre, says of Jennifer, “Jen was the first person I trusted to assist me. I could leave her in a room by herself and she would get all the work done without any stress!” Jennifer has also managed, directed and produced many workshops, concerts, benefits, and shows.
With such extensive theatre experience both on and off the stage, Jennifer’s teaching is unparalleled.  She is able to give her students as close to a professional experience for which one can hope.  While earning her Bachelors of Fine Arts Degree at Chapman University, Jennifer taught tap, jazz, and ballet for The Professional School of the Arts, Palos Verdes Peninsula High School, and The Norris Center for the Performing Arts. After graduating, Jennifer continued teaching dance while also teaching in the Los Angeles Unified School District. One parent says of Jennifer and her teaching, “The past couple of weeks I have watched my quiet, shy little girl grow into a confident young lady.” A student remarks, “ I appreciate all your patience as you guided me through my first experience with the performing arts.”
After moving to South Carolina with her husband, Rob, Jennifer continued teaching for North Carolina Dance Theatre and later the Performing Arts Academy of the Carolinas, all while completing Management Training and earning a Master’s Degree in Human Resource Management.
With so much talent and training, it seemed only natural for Rob and Jennifer to co-found multiple award winning Showtime Theatre Company in Rock Hill South Carolina, where Jennifer now serves as the Executive and Artistic Director. Showtime Theatre Company strives to to engage, inspire, entertain and challenge students and participants of all ages in a constructive and positive  learning environment. The only company of its kind in the Carolinas, Showtime offers dance, voice, and acting classes, as well as summer camps, and has produced 17 productions in the first six years of its existence. Says one family,  “I am so thankful that Showtime and the sophistication of performance that it provides, is a part of our community.  The training and the opportunity to be a part of such lavishly displayed live theater makes Showtime Theatre Company our jewel." 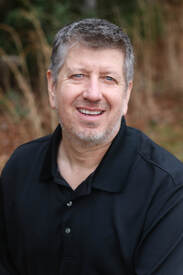 ​ Chief Technical Director & Co. Founder: Robert Read
A true master of his craft, Robert Read has been described as “committed to excellence” and as a person “who can do everything on the list from the management, academic, and artistic sides” of show business. An accomplished stage manager, technical director, and production supervisor, he has worked with some of the most talented Broadway Stars and Directors in some of the most well-known productions, all of which led him to become a highly respected practitioner of his field, and a co-founder of an award-winning theater company.
After three years of performing with The Young Americans, Rob was afforded opportunities to work with five different cruise lines, as well as theme parks and dinner theaters. Through these experiences, Rob grew to love stage management and his on-and-off stage experiences enabled him to advance his career quickly, launching him into the excitement of touring shows.
As a Stage Manager, Rob has served highly revered production companies such as Radio Center Entertainment, Nina Lannan Associates, and Theater League, Inc. to name a few. “The experience and amount of professionalism Rob brought to our productions were second to none. He was a true asset to have on our team,” says Jeffrey Capitola, General Manager of Radio City Entertainment. As stage manager, he played a critical role to each and every production, comparing production blueprints to building specifications, and creating and implementing scenic, technical, or installation changes necessary to accommodate each unique venue. His familiarity and experience with all local and union guidelines ensured a smooth and safe production.
Rob’s touring experience is extensive, including many National and International tours.  He has toured with productions such as Thoroughly Modern Millie, Radio City Christmas Spectacular, 42nd Street, A Chorus Line, West Side Story, and The Who’s Tommy. Throughout his career, Rob has been privileged to work alongside highly acclaimed actors and groups such as The Rockettes, Robert Goulet in Camelot, Estelle Harris in Pippin, Jodi Benson in My Fair Lady, Valeri Perri in EVITA, and Jack Jones in South Pacific.
After touring, Rob became a Technical Director and Instructor for the Hamilton Academy of Music and the Norman J Pattiz Concert Hall of Los Angeles, California. He not only managed the concert hall operations, events, and education, but he created and executed a technical theater training program, passing his skills and expertise to others in the field. A former guidance counselor remarked, “Robert is that rare combination of someone who cares deeply for the students he works with, and also holds them to extremely high standards.”
Rob also spent five years as stage manager for Broadway Sacramento at Music Circus, a unique venue, renowned by theatre professionals and fans across the country. There, he managed shows such as The Unsinkable Molly Brown starring Susan Egan, Pirates of Penzance starring Richard White, A Funny Thing Happened on the Way to the Forum starring Tony Winners Gary Beach and Gavin Creel, and Showboat starring Emmy Winner Alan Young.
After relocating to South Carolina, Rob put his many talents to work at Westminster Academy of the Arts, managing events and operations. He was able to use his vast experience to design lighting, audio, and visual media for all live events and performances. He oversaw recruitment and training of staff and worked to schedule classes, events, workshops, seminars, and summer camps.
Michael Andreas, Musical Director of the Los Angeles Ballet says, “Rob has a gift of reaching and transforming the lives of generations to come.” With such an incredible gift, it is no surprise that Rob and his wife Jen co-founded Showtime Theatre Company in Rock Hill South Carolina, where Rob now serves as the Chief Technical Director. Showtime Theatre Company’s mission is to help people of all ages find faith, family, friendship, and unity through the arts.  The only company of its kind in the Carolinas, Showtime offers dance, voice, and acting classes, as well as summer camps, and has produced 17 productions in the first six years of its existence. Rob feels that Showtime has given him the chance to “pay it forward” and share what he has learned with others.  As he says, “I have been blessed to work in a business I love, but it doesn’t mean anything if I don’t share the things I’ve learned with others. That’s the true blessing.”
Scenic Designer/Painter:  Jan Porter